HJK go into the second leg of this match with a 1-0 advantage and with the benefit of a week’s rest between these fixtures. The Veikkausliiga calendar has been moved around slightly to accommodate the clubs in Europe, but HJK have fallen further behind with KuPS extending their lead at the top of the table to six points.

In winning the first leg, it was Klubi’s first win in ninety minutes for six weeks but they were still a long way from their best. An early goal from Manuel Martic should have settled the nerves, but they allowed RFS a few chances and did well to keep a clean sheet. HJK did give some of their younger players a run out and they’ll benefit long term from the experience.

There was a lot of experience on the bench, the biggest promise was the presence of experienced striker Riku Riski. He didn’t come on, but having a good quality centre forward available will be a huge boost with the rest of the forwards performing so poorly this year. Former Finland midfielder Perpa Hetemaj also came on in the second half, his pedigree will come in useful.

HJK coach Toni Koskela admitted that the main priority for this tie was simply to win and was relieved that his side’s defence played well at least, but they’ll almost certainly need to score to progress. HJK did lose 2-0 at home to RFS in a pre-season friendly and they’ll be reminded of that in the build-up.

Inter secured a vital first leg lead in this tie with a late goal from a set piece, which will prove crucial. Both sides played fairly hesitantly, the defences holding out and plenty of fouls, including a sending off for Drita. The free kick was bundled in from a matter of inches after Petteri Forsell’s delivery.

Again, Inter haven’t had a match to play in between the legs and travelled early to acclimatise. They’ve had an inconsistent season and are learning to play without their key centre forward after the departure of Benjamin Kallman. Striker David Haro picked up an injury in the first leg and is a doubt, although he did travel with the squad.

Forsell will be a key outlet for the side, many of whom haven’t played continental matches prior to this season. Forsell had a reasonable career in Poland before coming back to Finland and has a few international caps too. His dead ball skills may be the difference here while Inter seek to hold on. They know that their opponents are likely to give away a lot of free kicks and maybe even a few more yellow cards, it could become tetchy if it remains goalless.

Drita have to attack and showed some dangerous passages in the first leg – in the first half they sought to hit on the break and outnumber, at one point they had 4 v 2 but were denied by the offside flag. They had more shots than Inter (eight) but only had one on target. They are under pressure to attack and will surely manage to work the goalkeeper more. A big tie against Royal Antwerp awaits the winner. 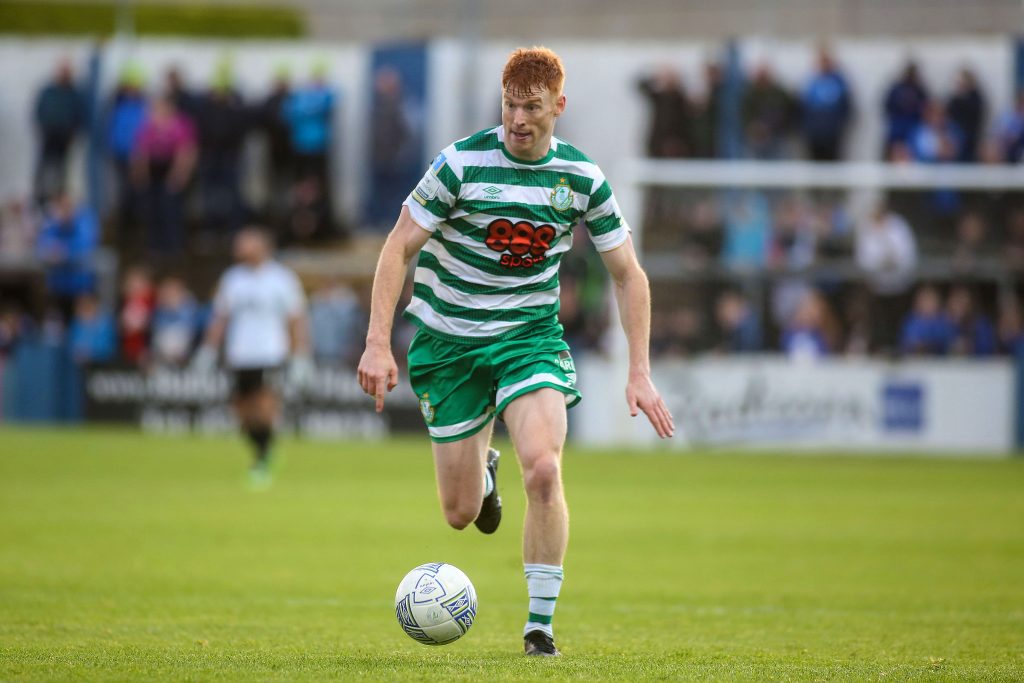 League of Ireland Champions Shamrock Rovers outclassed Hibernians of Malta from start to finish in the first-leg in Dublin last week (3-0) so they’ll be fully confident of completing the job with relative ease on Tuesday night.

Bulgarian Champions Ludogorets are the likely side awaiting the winners in round 2 of the UEFA Champions League Qualifiers and should Rovers seal the deal in Malta, they’ll be facing a much tougher opponent in the next round.

The fact Rovers are already deep into their domestic campaign while Hibernians are very much out of season was evident in Tallaght last week with the Hoops appearing the much sharper side with Stephen Bradley’s men starting with real intent and dominating the ball with little to no counter attacking threat from the visitors.

To borrow a Horse Racing term, you’d expect Hibernians to benefit from the run out last time but even taking fitness levels into account, Shamrock Rovers look to be the far more technically gifted side.

The Maltese men couldn’t live with former Salford City striker Rory Gaffney in the first-leg with the 32-year-old laying on a goal and two assists in the first-leg. Gaffney’s pace and power proved too much for the Hibernians defence and there’s every chance he will play a leading role once again this week given he’s scored in two games on the spin now.

The Hoops are currently on a five-match winning streak and will want to keep that momentum rolling ahead of a potentially much tougher second round tie.

Bodø/Glimt make the short trip to the Faroe Islands and take a 3-0 advantage with them ahead of this second leg. They absolutely dominated the encounter at Aspmyra Stadion and outgunned their opponents 2.61 to 0.06 on xG. A Victor Boniface hat-trick gave the Norwegian champions a resounding victory and they had full control of proceedings with nearly 73% of possession. Glimt backed that up with an impressive Eliteserien victory vs Sarpsborg at the weekend, claiming a 4-1 win. The only bad recent news has been some injury concerns. Winger Ola Solbakken dislocated his shoulder at the weekend and could miss up to 6 weeks of action. Important attacker Amahl Pellegrino was forced off injured in the first leg vs KÍ last week, along with centre back Brede Moe. Both are doubtful here and are unlikely to be risked.

The champions of the Faroe Islands KÍ will have been disappointed that they offered very little in the first leg. They had just four attempts all match and zero shots on target which was very poor. They were expected to lose but perhaps slightly more could have been expected from their attacking play. They are top of their own domestic league after winning 14 out of 15 matches so far this season. KÍ did not have a fixture at the weekend so have had a full week to prepare for this contest. This team is known for its goalscoring, and they will surely go down swinging. Top scorer Pall Klettskard didn’t get many opportunities in the first leg and will be the main threat for KÍ.

Backing over 2.5 goals in the first leg proved profitable and I think taking that same goal line will be effective once again. KÍ have absolutely nothing to lose and must score at least three goals here to have any chance of progressing. The fact that away goals don’t count any more is probably a good thing for this bet because it will at least keep belief longer for the home side, even if they were to concede. Glimt could cover this line on their own and despite a few absences in the final third of the field there is enough ability and strength in depth for the Norwegian champions to capitalise on KÍ taking more risks. Bodø/Glimt are 1.57 favourites to win the second leg but over 2.5 can be taken at 1.65. The way the tie is set up there is definitely a good chance of goals unless Glimt just decides to shut the game down and hold onto their advantage, but that is not their style at all.

Under the management of former Bolton Wanderers striker Arnar Gunnlaugsson, Vikingur Reykjavik gave a surprisingly determined and competitive performance in Sweden in the first-leg last weekend.

As they are the club who came through the UEFA Champions League preliminary round in June, they were expected to be comfortably defeated by the reigning Swedish champions, especially in the first-leg away from home. Whilst they were never ahead and trailed for the majority of the match, a 3-2 defeat, in which they got a potentially vital second-half stoppage-time goal, is more than respectable and does keep them in the tie as they head back to the Icelandic capital.

It showed an attacking style of play that was shown in the preliminary round semi-final, too, when they came from behind to defeat FCI Levadia, of Estonia, by six goals to one last month. Despite being down to ten men after the sending off of Kristall Mani Ingason, in the aftermath of his goal celebration, with over 50 minutes to go, they still posed some threat to the Malmo goal.

Despite showing that threat, they will still consider themselves as fortunate to remain in the tie. As much as the spirit shown by Vikingur can be applauded, the match stats show a dominant Malmo performance – which could be even more cause for concern for Milos Milojevic’s side.

Malmo’s defensive capabilities have been what won them the Swedish title last season and they have struggled for goals throughout the 2022 Allsvenskan campaign. In fact, nearly 20% of their season’s tally came in their demolition of struggling Varberg at the weekend.

This potentially sudden shift to a more proactive style of play could be due to the sale of defensive stalwart and Bosnia-Herzegovina international Anel Ahmedhodzic, for relatively big money, to Sheffield United last week.

Malmo will remain the overwhelming favourites to progress and their hammering of Varberg at the weekend will be a confidence booster but they have shown fallibility so, combined with Vikingur’s clear attacking talent as well as their home advantage, this one could well be fun for the neutral – which had not been the expectation ahead of the first-leg last week. 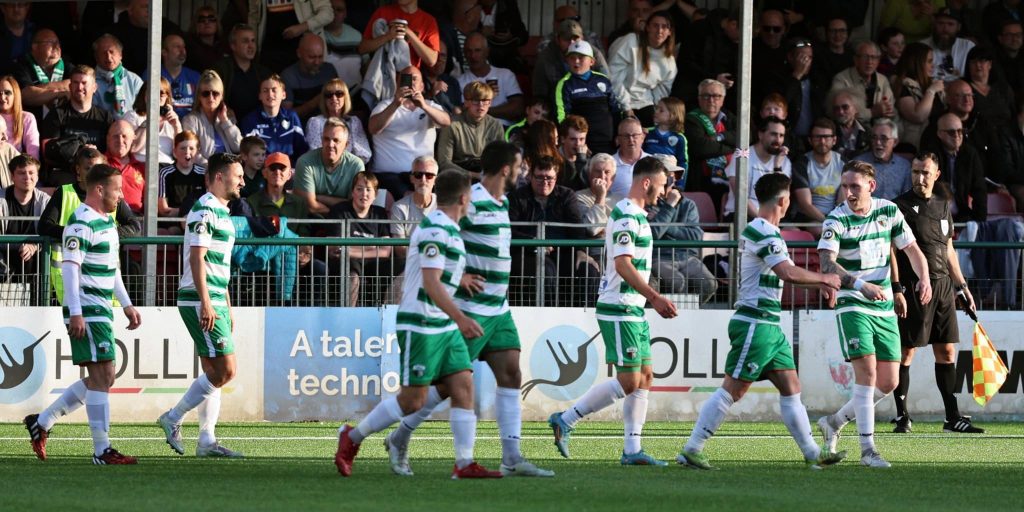 David Healy’s Linfield will have been disappointed with their 1-0 loss to TNS last week despite creating a number of clear cut opportunities which would have enabled them to leave Oswestry with at least a draw.

For the return leg on Wednesday night, Linfield  will be buoyed by the return to fitness of on loan striker from St Johnstone Eetu Vertainen, who scored in the Blues 2-1 victory at the weekend over junior side Knockbreda.

Also impressing Healy in that game was former Swindon Town forward Jordan Stewart, who not only got a further 65 minutes under his belt but also managed to fire home the opening goal in the pre-season victory.

Linfield certainly have the firepower in their squad to pull back a one goal deficit, as well as plenty of experience in the back line to keep the required clean sheet needed if they are to progress to the next round to face Norwegian side Bodo/Glimt or Faroese champions KI Klaksvik.

The Blues have lost three of their last four European ties at Windsor Park, though on the plus side they have managed to score in six of their last seven European outings at home which bodes well for Wednesday evening.

Meanwhile TNS travel to Windsor Park in the knowledge that last season they made a similar trip to Belfast and held Glentoran to a 1-1 draw at the Oval, eventually defeating them 3-1 on aggregate following a 2-0 victory in the second-leg at Park Hall.

It promises to be another very tight encounter with goals at a premium and this one could indeed go all the way to extra time and penalties to decide the winner.

*Bet link only appears when accessing from mobile.

Sign up to Betfair and get a full refund if your first bet loses. Grab an account through the offer below and place £20 on the 22/1 UEFA Champions League & Europa Conference League Qualifiers Best Bets Accumulator. Here are the two possible outcomes:

Or you get your £20 stake back as cash